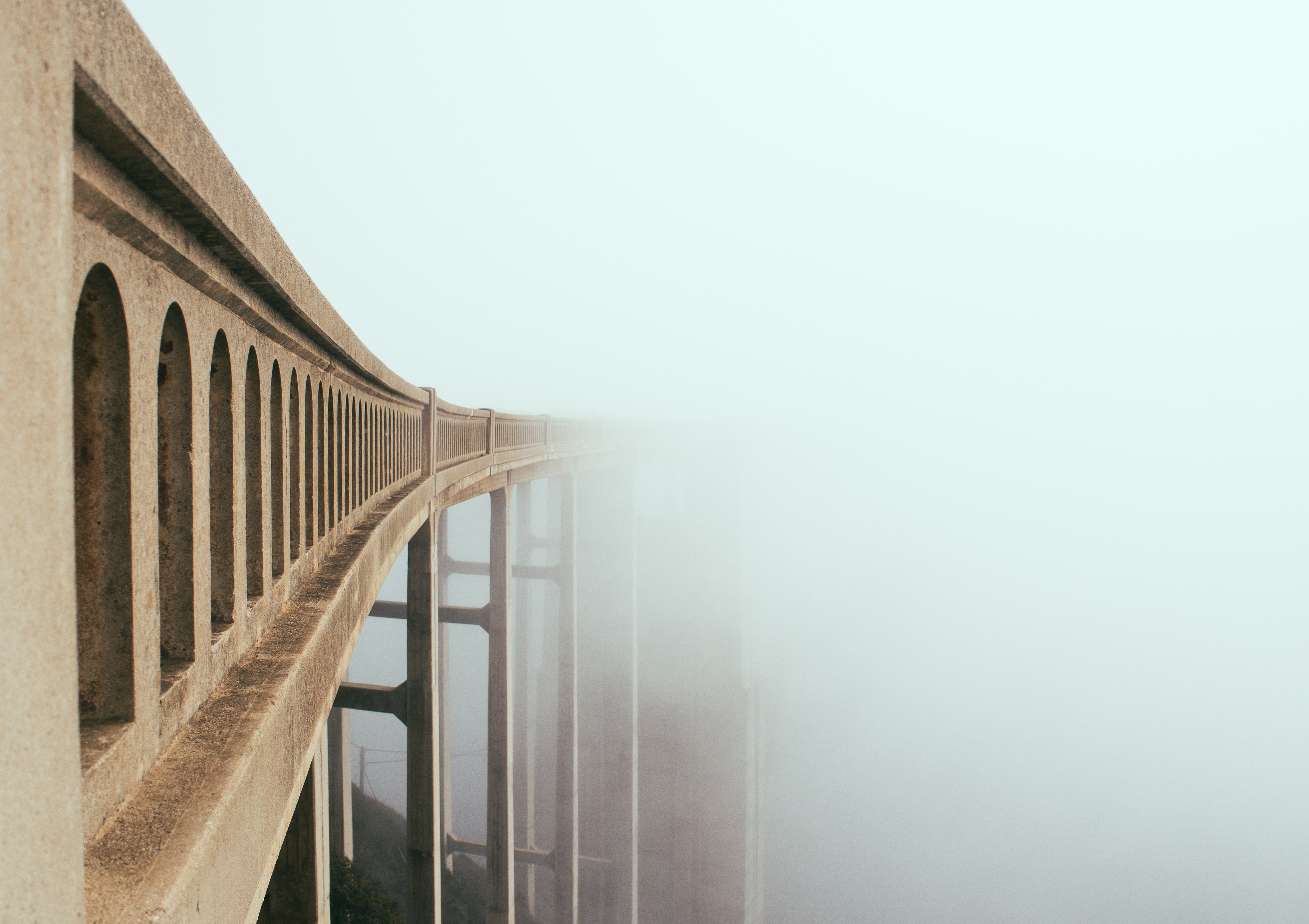 I’m lucky to have very smart, good faith, prominent and well-intentioned friends on both sides of the “Seattle is Dying” debate. They sincerely differ in their perspectives — both on what the severity of the problems are as well as how to improve our city.

On one side are amazing leaders like Jonathan Sposato, Chairman of Geekwire, gifted founder and leader of multiple successful companies and acquisitions, speaker, author and civic thinker, philanthropist and long-time personal friend. On the other side of the ideological divide are friends like Christopher Rufo, accomplished PBS and feature film documentarian, author and radio/television personality, one-time Seattle City Council Candidate, and now conservative activist. To overgeneralize, these perspectives are from the left and the right, respectively.

Each are exceptionally smart, well-intentioned, creative, accomplished and well-informed. Each of them value evidence and data. And, knowing them each personally, I guarantee they each want, at the most important high-level, the same general outcomes with respect to homelessness and addiction: fewer people homeless, more compassion and care for those in true need, increased public safety, and fewer people addicted.

In listening to what each side is saying and watching what they are doing, it’s plain that each side not only wants their solution enacted, but very much wants to prevent the other side’s solution due to real and valid fears.

But while we debate words, framing and narrative and castigate the other guys in an endless tug-of-war, we’re not actually moving toward a solution. The emergency continues to worsen.

Thus in my view, an opportunity for progress is for each side to clearly understand what large and valid fears the other side has, and try to minimize those opposing fears with a specific action plan they publicly commit to.

No matter which side you’re on, stop for a moment. Ask yourself: can you honestly articulate, without any demagoguery, the other side’s worst fear about your “side’s” approach? Now, what do you say which to them would allay that fear? What data can you bring to bear, and what level of trust can you offer which bolsters it?

Can the right minimize the left’s fears, and assure their approach won’t result in mass incarceration and vilification of those who most need our compassion? Can the left minimize the right’s fears, and assure that their approach won’t result in unending taxation, inbound growth, homelessness spending, addiction and property crime growth?

Do that, and each side might spend a little less time trying to prevent the other side’s vision and more time finding common ground.

From the right/center-right, one real fear is an unchecked expansion of uncoordinated, unmeasured municipal largess and permissiveness that at every step penalizes the law-abiding and taxpaying.

Listen to, and don’t disparage, the business owners in Seattle Is Dying: those people feel unheard and unfairly treated. The fear-driven debate which erupted after this special shifted quickly to the broadcaster itself (KOMO/Sinclair) and whether one of many individuals shown actually had shelter. But the post-broadcast debate notably hasn’t ever really focused on the shopkeepers’ needs, nor what they are saying or experiencing, nor the taxpayers’ fears that the track we appear to be are on is uncapped. They are the ones doing the work to pay the taxes that we as a city use, and their fears are valid. One such business owner is so fed up and so frustrated with a lack of responsiveness from civic leaders that he’s jumped into politics, not having wanted to as any kind of career path. There’s dramatically rising property crime vs. other cities, visible addiction, mental health crises, property crime and growing trash. There’s been an expansion of a dual system of justice which lets some people get away with illegal behavior that we, the funding taxpayers, still have to abide by.

But by far the biggest fear underlying it all, I think, is the lack of any kind of limiting principle of largess/permissiveness/measurement, which suggests the growth in investment and resources has no end. For those who believe in supply and demand, it makes intuitive sense that being comparably — and now, famously — more generous or lenient than any other region with benefits and/or prosecution (or lack thereof) will only cause the problem to grow, as people are indeed mobile. These fears to me seem justified — the biggest growth in Seattle’s homeless population have been from those living in vehicles, either cars or RV’s.

To see this fear in action, let’s say 12,000 new permanent units are funded with wraparound services. Great! I support that. Lots of taxes and/or reprioritization needed. Outstanding; let’s do it.

BUT — Unless we define measurements and limits, we will only get an influx of MORE people seeking free shelter due to our comparative generosity, and then we are back where we started.

So, to the left: what in your plan specifically prevents this? And in that world where shelter is available, are you prepared to mandate treatment for those who are addicted, and mandate that people cannot just set up tents or sleep on sidewalks? And is your model that these 12,000 are static and will grow no further? What gives you that confidence given the data? Does it somehow go down if Amazon slows hiring? What gives you that confidence? If we had 12,000 or even 15,000 units, is that really enough, or only for the next year or so? I certainly know that under such a regime, Seattle is where I’d like to be from anywhere in the nation or world. The frustration expressed by the Employee Hours Tax came from this sense of misallocation of resources, dual-system of justice, and knee-jerk turn to “it’s a resource problem: citizens, pay more, or you are uncompassionate, or simply shills for big business.” But only 7% of Seattleites believe that the problem is first and foremost a money problem.

From the left/center-left, the fear includes embracing, validating or institutionally endorsing an overly punitive and carceral and vilifying/dehumanizing approach, which too-hastily imprisons and denigrates people for being poor, many of whom got displaced or into their situations due to no fault of their own. In short, the fears include shamefully mistreating the innocent, mass incarceration, and not at all helping to rehabilitate those who need our help the most. It fears an overly harsh approach to addiction which only sends it underground and thus expands the health problem. It naturally fears what it sees as a continuum from vilification to “othering” to reprehensible forces like white nationalism, fascism and more.

So, to the right: what mitigates these fears? I’d say more investment in services, a more rational and compassionate civic dialog and way we discuss these issues, embracing housing-first with wraparound services, electing leaders and creating a system which understand that homelessness is not a monolith, a more personalized approach throughout their leg up, mental health services, and housing. Speak Out Seattle advocates for all of these things. I’m ready and willing to invest, but hold on — not until we understand what prevents unlimited inbound growth, and not until we better manage our existing funds.

It’s my view that we need to interrupt the “compassion” vs. “uncompassionate” argument. It’s not getting us anywhere. We are never going to convince each other that the other side is more “compassionate.” The fight for the moral highground has left a lot of people on the battlefield and alienated far too many potential allies. There’s a fatigue by those of us who have continued to fund and help and fund and then watch the results — they are not going in the right direction. And no amount of PR is going to gloss over the fact that Seattle has a problem in addiction, per-capita property crime that dramatically exceeds most other big cities, and rudderless municipal government on this issue.

We should recognize that it is neither cold-hearted nor unusual to have differing levels of compassion (and therefore generosity and related asks) for people based on ability, choice, luck, effort and circumstance.

Unfortunately, as with so much political discussion these days, a ton of energy is spent trying to frame the problem, define the words used, label the other side, and “seize the narrative.” Is it working? The first battle is over language; unfortunately, too much of it has stayed there.

Can each side take steps to minimize the other side’s fears?

To the left, what is the concrete, limiting principle that assures your ideological opponents that it’s not unlimited growth in the problem? What’s your evidence that backs up that view? Is there any failsafe which prevents inexorable expansion? What’s the maximum investment you expect, and the measures you have in place to know if your solutions are tracking well? What measurement would you allow? What concrete steps would you take to stem the frequent offender problem? What hard “asks” would you be willing to require on people seeking taxpayer-funded services, varying by circumstance of course? Or, do you have a different argument as to why the growth and spending will not be boundless? If so, what’s your evidence for that view? Allay those fears.

To the right, what can you do to assure your approach is compassionate and well-targeted, and not part of a march toward “othering” and imprisoning people for bad luck, treatable addiction or mental health? What about those many who are mentally ill, or fleeing abuse, or LGBTQ youth who may feel they have no support structures, or those who are incapable of work? Can systems or watchdogs be put in place which mitigate those fears?