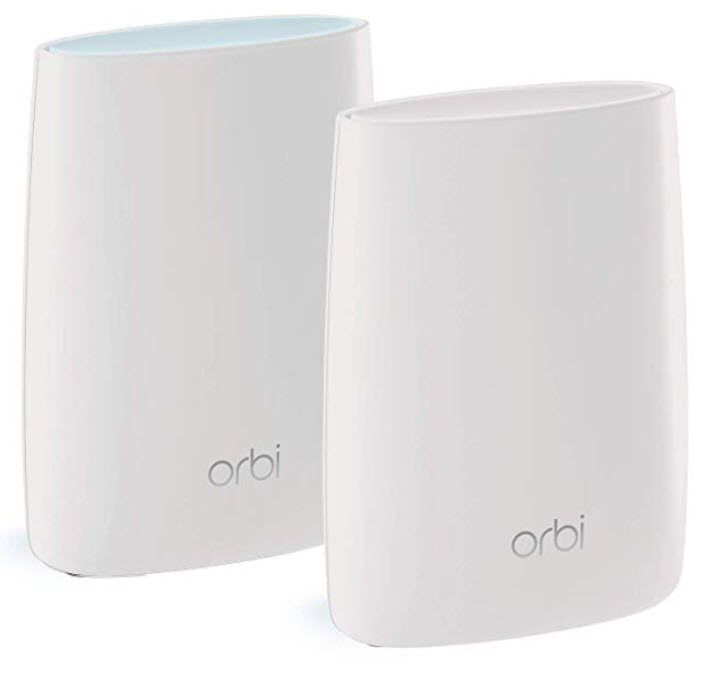 “Steve, the wifi is down.” As the go-to guy in the house for all tech issues, I’ve been hearing that call, and reading that SMS text from family members for more than a decade. I’ve come to dread those words. In recent years, it’s been all-too-frequent. And since the longest-running wifi configuration in our house has been not one but three different SSID’s, the chances that one or more zones were down at any given time were high. To get fast wifi throughout the home, some approaches I’ve taken in the past have included:

Using multiple access points and networks has the problem of complexity — we end up with various networks in our house and devices which need to hop onto their local “best” signal. Some client devices tend to get confused finding the best signal, and it gets frustrating. The second approach is simplest, with a single broadcast and multiple “range extenders”, but it comes at the cost of speed. Since part of the 2 or 5Ghz radio spectrum is used to relay the signal back to the base router, performance can easily halve with every repeater in the chain. And the reliability there, too, has not been good — frequently a repeater will go offline or seem to “forget” its state of the world, especially when a base unit reboots. So I’ve also given the AMPLIFI mesh network a try. And, while it’s a great product, it didn’t seem to get along well with SONOS.

I’ve finally found what I think is the best wifi system for our home: the NETGEAR Orbi Ultra-Performance Whole Home Mesh WiFi System.

I was very impressed by the onboarding, and one day in at least, these speeds are amazing. I’ll update this post in a few weeks/months to tell you whether it’s working well. The NETGEAR Orbi Ultra-Performance Whole Home Mesh WiFi system is off to a terrific start, and couldn’t be happier. These things have very strong signals, and they use just one SSID (network name) throughout the entire network, meaning your phone or device stays connected no matter where you move in the house. I’m very impressed by Internet speeds I’m getting off of “satellite” stations — right now in my office I’m seeing speeds north of 190Mbps, which is two to three times faster than I was getting before.

I’m very pleased with it so far — the app has a handy display of network topology and connected devices. The web-based admin panel has far more control, and appears to have all the features of a typical high-end NETGEAR router (port forwarding, blocking, DDNS, etc.)

A key difference between the ORBI system and range extenders is that ORBI has its own private 5Ghz backchannel that it uses for “backhaul” to the router, so you don’t lose any significant speed at the satellite location. And I love the fact that we’re now back to a single SSID through the whole house — you can move from room to room, even outside, and the SSID stays the same.

As for the Satellites, at this writing they are all connected in a wireless topology to the base station. I haven’t yet tried the “backhaul via Ethernet” configuration — right now I have a base station and three satellites (the maximum allowed.) Everything appears to be running smoothly.

(I was not paid anything for this endorsement; I simply love the product so far, as it appears to be finally solving a long-running headache.)

Update: One Week In

Wow! Super-fast speed and NO problems. So far, so good. Strong recommendation. Very happy that I might finally have found the solution which works.

Not a single restart, nor disconnect, nor satellite “forgetting” its state. I love this product! Strong recommendation.