Why I’m Done Letting “The Stranger” Influence My Vote

The Stranger is a smug, snarky and occasionally clever Seattle media institution that makes some great nightlife recommendations. But when it comes to city politics, it’s on the wrong track.

With 50+ candidates running for City Council, many Seattle voters are going to be looking for ways to winnow down their choices come August 6th. City Council Primary Ballots are mailed July 17th.

For what are likely historical or sentimental reasons (hey, remember Grunge?), The Stranger is still, for some, an influential voice. It’s high time we put them aside and opt out of giving weight to their endorsement or lack thereof. Here’s why.

Surveys show that City Council effectiveness and accountability, and its approaches to the often-intertwined issues of homelessness, affordability, mental health, public safety and addiction are all top concerns of Seattle voters. They’re important to me. Chances are, they rank highly for you too.

Yet The Stranger doesn’t appear to give much weight to these issues in their decision-making process. Their candidate selection process appears to be looking for ideological sameness to the current Council.

Let’s take a look at the Endorsement Questionnaire The Stranger’s Election Control Board sent to City Council candidates just a few days ago:


Judging from the questions they ask, they seem to have no real desire to find candidates willing to prioritize City Council effectiveness and accountability, nor look the issues of addiction, opioid use/abuse, or repeat offenders squarely in the eye.

Missing From The Survey

There are numerous important topics missing from the survey:

If any of these are on your mind… you’re out of luck. The Stranger doesn’t really seem to care about these issues much, judging from their questionnaire.

Worse, they appear to be looking for candidates interested in filtering out worldviews which might challenge. Note that they didn’t even get around to asking about forward-looking policy questions until the final few.

I was stunned by the sixth question:

“Are you now, or have you ever been, a member (or disciple, or fan) of Speak Out Seattle and / or Safe Seattle?”

Why does which Facebook pages one follows have ANY place whatsoever in any way on a Candidate Endorsement Questionnaire?

Presumably, answers to this question play into their endorsement decisions; they deemed this question more important than any of the ones listed above. Do they hear no echoes of McCarthyism’s “Are you now, or have you ever been a member of the Communist Party?” in this question?

What do you seek in a candidate — someone who listens to multiple points of view, or someone who actively filters out those ideas and data-points which might challenge their worldview?

As I’ve noted elsewhere on this blog, I’m a volunteer member of SPEAK OUT Seattle, a non-partisan citizens group seeking more effective solutions to regional issues. We lean into difficult conversations; we’re tired of certain complex topics (like homelessness, addiction, public safety) being cordoned off by gatekeepers from polite conversation, because approaches on these issues affect us all. We also think some other regions sometimes tackle these issues more effectively than we do, and that on occasion, we might even be able to learn from some of them.

We’ve held City Council forums in every district of the city, and you can watch them in full here. We invited every candidate. The forums were free and open to everyone to attend. A full 70%+ of the questions posed to the candidates came from the audience. The forums were live-streamed for all to see (that’s been my role.)

As one commentator correctly notes, “To date, Speak Out Seattle likely does more than any other organization in Seattle to help voters get to know the more than 50 plus candidates running for city council and vice versa.” SOS advocates for, among other things, the very Pathways Home approach that we taxpayers paid $200,000 for. You can see the issues and stances of the organization right here on the SOS website: https://speakoutseattle.com/issues.

Yet we’ve been the target of a deeply dishonest, cynical and largely unsuccessful smear campaign by a handful of Twitter activists making discredited allegations. This caused a small number of candidates to mistakenly — and I think very regrettably for them — opt out of these widely viewed public forums. More than 1,000 people attended these standing-room-only forums, and they’ve been viewed many thousands of times online so far; this will only continue to grow. The publicity generated in part by the controversy has helped quadruple our membership in a single year, so for that I’m thankful. Judging from the question, The Stranger is also of the mindset that SPEAK OUT Seattle is for reasons they don’t explain, a doubleplus-ungood group to be a part of and somehow useful in determining whether to endorse or not endorse.

SPEAK OUT Seattle’s co-chair was a Bernie Sanders alternate delegate in the 2016 election, our key leaders are nearly all registered Democrats or independents. (And, FWIW, at more than a dozen SOS meetings I’ve attended, I’ve not yet heard support for Trump. I didn’t vote for him, and deep blue Seattle voted more than 80% for HRC in the last election.)

But don’t let those facts get in the way of a good false narrative. For more ways that smear campaign got the facts wrong, see this post.

The good news is that you don’t have to take anyone’s word for what SOS stands for. Simply drop by speakoutseattle.com or the Facebook group and see what issues are discussed there, and how they’re discussed. I challenge you to watch the forums and find any hint of bias or hate; we are merely bringing to the fore questions that are on many citizens’ minds these days. Or drop by the Facebook group and see how conversation is actively kept civil and largely on-point by many volunteers; a breath of fresh air in online discussion.

By the way, note the title of this form. Is there a reason that The Stranger calls their Election Board their “Election Control Board”? What precisely are they trying to control? It’s a nit-pick, but it’s emblematic of the larger theme.

Do your own research. Watch the forums, read the voters guide, meet the candidates. In the age of the Internet, there’s no excuse not to.

UPDATE: And be sure to Try Alignvote, a new site I put together which helps you find candidates most aligned with you on a set of questions.

I prefer candidates who expose themselves to MULTIPLE points of view, and you should too. Do we want City Council leaders who continue to have highly selective sources of information, and overweight certain advocates over others? I think they should listen to all voices and come to their own conclusions, not shut out or shut down sources which might challenge their worldview.

The Stranger didn’t ask “Are you a subscriber to ‘The Stranger?'” Do you read “Crosscut?” Or “do you follow Erica C Barnett on Twitter?” Or do you read The Seattle Times, or follow SCC Insight? And what about TV? Are candidates supposed unplug their TV if “Seattle Is Dying?” is rebroadcast? Or do we want leaders who are capable of consuming multiple points of view and data sources, even beyond just those that validate their own worldview? Why are the information sources a candidate receives any kind of qualifying or disqualifying notch?

We are NOT made smarter by the “filter bubble.” We are made dumber and more fragile by shutting out ideas, evidence and data which might challenge our worldview.

The Stranger: Still Good for Music & Nightlife, But Not For Making Our City Council More Effective

I’ll still be looking forward to The Stranger’s thoughts on which acts to catch at Bumbershoot, and which festivals and shows are worth seeing.

But as for letting them determine which candidates would improve the city: I’m done. So long.

On this blog, as its name and web address might suggest, I speak for myself, and not any organization. Specifically, SPEAK OUT Seattle neither instigated, reviewed nor authorized this post, nor is this any articulation whatsoever of that organization’s official position. 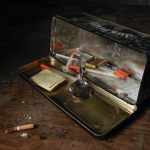 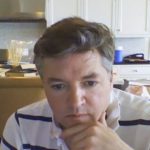