Now that I’m knee-deep in machine learning models, I’m finding there are several times where I need to let my CPU/GPU crank away on a long-running “training” task for hours at a time, and I’d like to be able to check their status from afar.

then you can pipe any terminal output as follows, via netcat:

You’ll get back a short seashells.io URL, and if you visit that URL from any web browser (including on your mobile phone of course), you can see the output status. 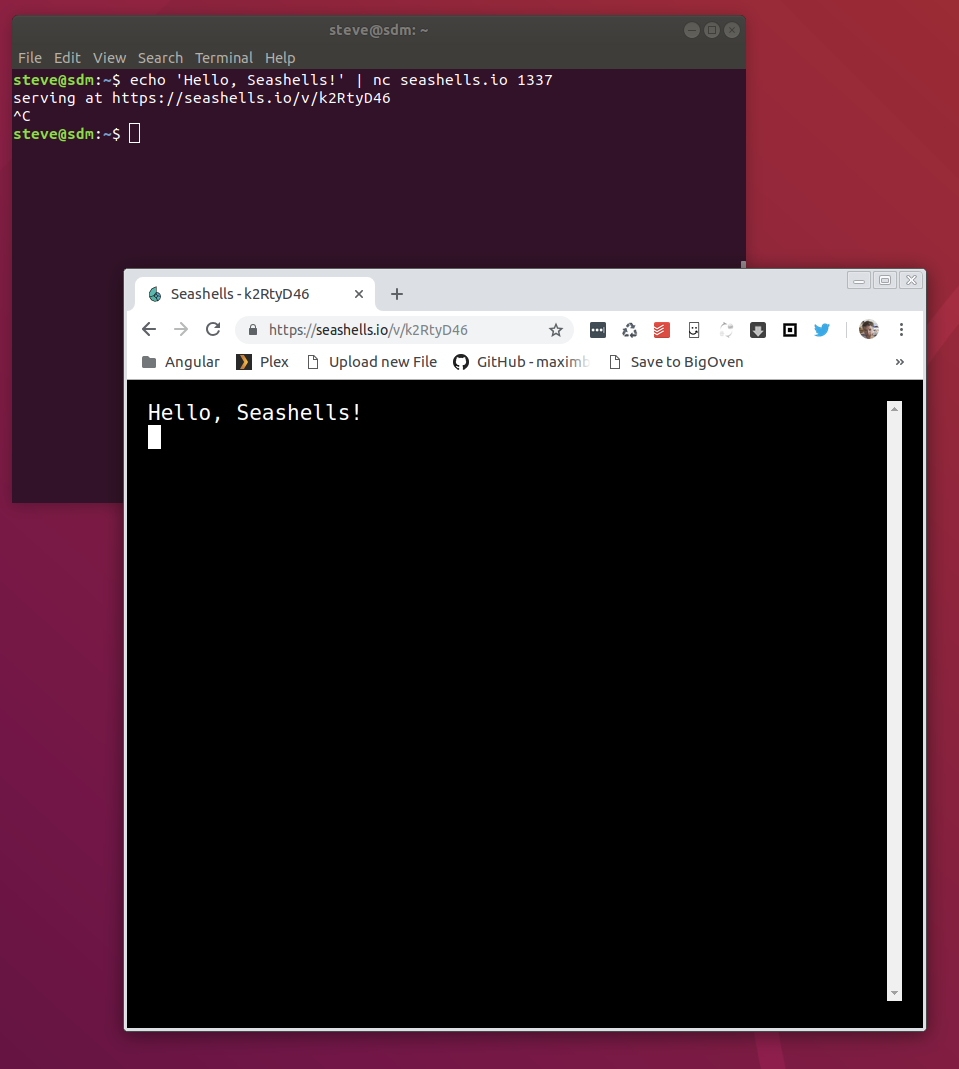 Even simpler, get the handy seashells client written by Anish Athalye through pip install:

will send the training log to a URL that you can bookmark, and monitor status. Before you leave your machine, simply grab the URL via the handy QR Code Generator.