Jupyter Notebooks are a great tool for data scientists, allowing you to work with languages like Python and R to analyze and visualize data. I was pleased to see that The Azure team has now made Jupyter Notebooks available for free at https://notebooks.azure.com.

Here, in a simple “Hello World” application, I’ve used the platform to do a simple analysis of the bicycle traffic over the Fremont Bridge here in Seattle. There are sensors on the East and West sidewalks of the Fremont bridge that pick up bike traffic.

I was curious what’s happened to overall bike traffic on that bridge as Seattle’s population has risen:

Biking across the Fremont Bridge appears to have not quite kept up pace with population growth: 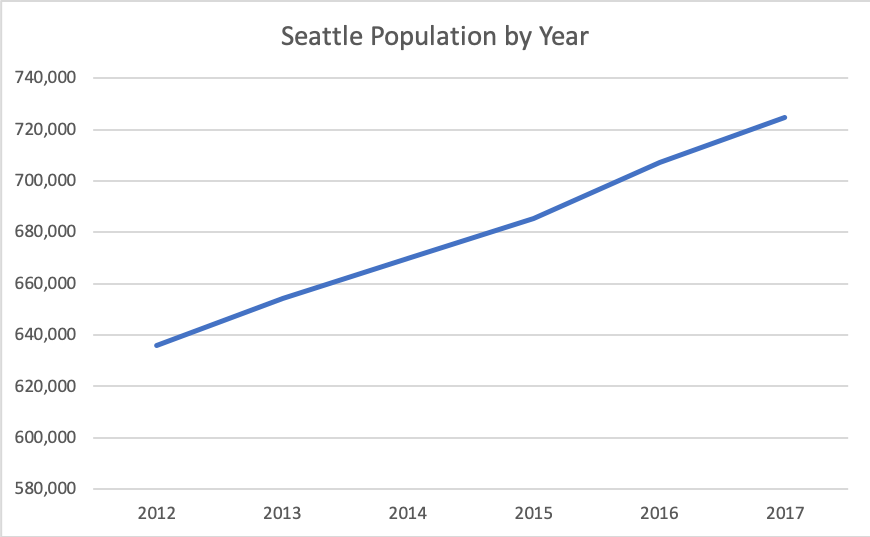