Part II in a three-part series, in which I ask questions of the eight campaigns in the Seattle November 2nd General Election and hand the microphone to them. Today’s question: Should Seattle essentially end criminal prosecution for misdemeanors, including shoplifting, property destruction and misdemeanor assault? 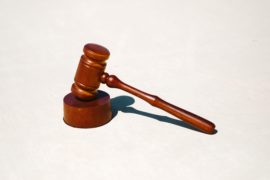 This is the second of a three-part series on key issues in the Seattle November 2021 general election. In Part I, we took at look at what candidates had to say about altering single-family residential zoning and explained the methodology for this series.

In 2021, perhaps the most consequential office up for election is City Attorney. Voters will be making a big decision about how we wish to change our approach on crime, particularly misdemeanor offenders. What should the Seattle City Attorney’s office (and the City Council) do about misdemeanor offenders, such as those arrested for shoplifting, misdemeanor assault, drug possession, property destruction, prostitution, and more?

Note that felony offenders (e.g., those accused of homicide) aren’t under the auspices of the Seattle City Attorney’s office; that’s handled by the King County Prosecutors Office, a position currently held by Dan Satterberg.

Arguments in favor of decriminalization: The current system punishes people for living in poverty. Rather than spending millions on approaches involving incarceration, why not spend those dollars toward services to help offenders rehabilitate and become more productive members of society? When we jail people, they lose housing, jobs, relationships, and other things they need to stay out of trouble. Baltimore and San Francisco have taken such approaches, and Baltimore experienced a decrease in violent crime.

Arguments opposed: Seattle is already one of the most progressive cities in the nation with respect to diversion-from-jail programs, yet it has a serious frequent offender problem. In February 2019, the System Failure Report chronicled 100 of Seattle’s top offenders. These 100 individuals were responsible for 3,562 bookings. Just nine months later, these same individuals were responsible for another 220 bookings. Under outgoing three-term City Attorney Pete Holmes, the city declined to file charges in almost half of all non-traffic-related criminal cases that Seattle police referred for prosecution. Compassion needs to consider victims of crime, not just the offenders.

Below are the complete and unedited responses. As noted in Part I, the Lorena González mayoral campaign did not respond to multiple inquiries:

“Essentially end? Some things yes, some things no. I seek to prioritize survivor safety and healing, utilize non-jail systems of accountability, and support community needs so that harm can be prevented, not just punished after the fact.”

“I am not in favor of ending the prosecution of misdemeanors. When there is talk of abolishing prosecution, we are forgetting about the victims of these crimes.  This includes domestic violence victims, small business owners who are forced to close their businesses in neighborhoods due to repeated thefts, and individual people who are frequent victims of crime are often our vulnerable. I am strongly in favor of smarter prosecution that doesn’t have double standards and also to divert people into robust programs that can offer meaningful rehabilitation with measurable outcomes; but abolishing prosecution altogether shuts off these interventions and alternatives and promotes more and worse offenses.”

“The City must view every misdemeanor prosecution with a lens of restorative justice and evaluate every case individually and comprehensively. The City should neither prosecute nor waive prosecution for all crimes as a blanket policy, but rather balance the rights and history of the accused and consider the needs and the lens of the victim. I support alternatives to prosecution in situations where existing programs are proven to lead to better outcomes and where those programs are appropriate for the specific offender. However, in many cases, the City still needs the ability to prosecute as a way to both encourage participation in alternatives and to maintain public safety.”

“No. Small crimes and mistakes still required correction, and are not harmless. Just as a coach acts to correct a mistake during practice before it occurs in a critical setting or the problem escalates. Specifically, misdemeanors becoming the norm are extremely harmful to our society as a City of equal people. I also agree with Bret Stephens’ article in a recent The Seattle Times, “Our ‘broken windows’ world,” that proper correction of misdemeanors prevents disorder that becomes the normal and the allowance for increasing crime and violence. Most importantly, misdemeanors must be dealt with compassionately and consistently in justice commensurate with the problem.”

“Criminal prosecution at the misdemeanor level often exacerbates the same factors that are at the root cause of crime. Creating barriers to economic stability and mobility and social inclusion through negative interactions with the legal system too often does not rehabilitate or affect long-term change in the person who committed a misdemeanor crime. Let’s do our best to stop the upstream of folks being swept into the criminal legal system by expanding post-arrest diversionary programs and other proven tools to reduce misdemeanor crimes.”

“Absolutely not! As reported and analyzed, Councilmember Herbold’s proposed legislation would enable defendants to have their case dismissed if they committed these crimes out of “need” or because they were suffering from a mental health disorder, including addiction. I support diversion programs that aim to keep offenders of low-level crimes out of jail initially, but this legislation would be a signal that virtually all misdemeanors are permissible under a very broad and vague excuse and it would pave the way for more serious crimes because many offenders of misdemeanors end up committing repeatedly or moving on to felonies.

“Herbold’s proposal was strongly opposed by residents and small businesses who’ve grown increasingly frustrated about repeat thefts and property damage that go unpunished. To my knowledge, Herbold did not meet with or listen to the neighborhood groups and small business organizations who voiced their loud and unequivocal opposition, not even the Mayor’s Small Business Advisory Council which recommended against it. This is yet another example of the tone-deafness Council repeatedly displays toward the real struggles of Seattle’s residents and businesses who are just plain fed up with the City’s laissez-faire attitude toward crime in general. Herbold’s proposal is on the backburner during the campaign but it’s not officially dead yet.”

“Seattle’s criminal punishment system costs nearly $48 million a year. Almost NONE of that money helps address individuals’ poverty or helps them meet their basic needs. Instead, the system criminalizes poverty. In 2017, Seattle caged individuals for 63,000 nights in jail cells.

“Over 90% of cases in the municipal court end up qualifying for public defenders – this means that Seattle spends millions every year prosecuting poor people. And even though Black people make up less than 7% of Seattle’s population, Black people made up 27% of the cases prosecuted by Seattle Municipal Court in 2017-2018.

“Misdemeanors are generally considered low-level law violations. There is evidence to suggest that reducing the number of misdemeanor prosecutions and investing in communities and community-based supports decreases crime. Seattle needs to stop punishing poverty, mental health struggles, and drug use, and instead invest in our communities. Punishing people who are experiencing poverty and trying to meet their basic needs is foolish and immoral. It does not address the root problem—poverty. And instead, it makes things worse, forcing people into cycles of incarceration and court supervision that make it even harder to achieve financial stability.

“For the above stated reasons, Seattle should end or at minimum dramatically reduce prosecution of misdemeanors.”

Which Candidates Align With You?

If you say “yes, let’s end most misdemeanor prosecution; our approach for the past 12 years has failed in part because it’s been too tough on offenders and emphasized carceral (jail) approaches too often,” Favor Nicole Thomas-Kennedy, Nikkita Oliver, and Teresa Mosqueda.

In the final piece of this three-part series, we’ll look at the candidates’ attitudes toward the “Compassion Seattle” charter amendment.