In this three-part series, I’m taking a close look at 3 key issues at the heart of the 2021 Seattle November 2nd General Election. Today’s post focuses on residential zoning. 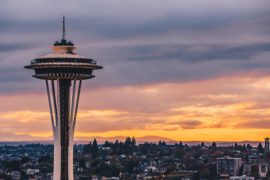 This post appeared in PostAlley on Friday September 3rd.

I recently reached out to eight Seattle candidates to get their views on what I consider three key questions for the November general election. We’ll publish their replies in three installments, in this order:

I’ve heard back from seven of eight campaigns; the Lorena González mayoral campaign did not respond to multiple inquiries.

We’ll take each of the above topics in three articles, the first of which is below and the others will follow shortly.

By way of explanation: For the 2019 Seattle election cycle, I created and published Alignvote, a voter-candidate matchmaker website. It asked voters a handful of questions, including intensity. Then, it showed a stack-ranked list of how closely your answers matched the candidates’ on-the-record answers, together with some optional elaboration by candidates if they supplied it. Alignvote presented a simple distance-score between you and the candidates, based on similarity of answers and how strongly that issue mattered to you.

Unlike the questions above, Alignvote’s 2019 questions weren’t ones I authored. They merely repeated ones which had already been asked and answered by candidates in forums, questionnaires and more. Alignvote served roughly 20,000 voter-candidate ranking matches in 2019, and gave campaigns further insights into how voters felt about some issues. It was on television and radio. I am still undecided whether it’s returning for 2021.

Do you think Seattle should eliminate essentially all residential building restrictions across all neighborhoods, allowing, say, multi-unit apartment buildings to be built on any lot, whether in a residential neighborhood or otherwise?

Background: How should Seattle be allowed to grow? Zoning decisions are enormously consequential, because they determine what can be built where. Seattle’s zoning laws are under the purview of the City Council, the city’s lawmaking branch, and any changes are enacted into law by a majority vote and a signature of the mayor. So it matters what City Council and Mayoral candidates say about this issue.

Some 70 percent or more of Seattle’s land is zoned as “single family residential.” This means that multi-story apartment buildings cannot be built upon this land. When you think of neighborhoods like Madrona, Windermere, Laurelhurst, or Mount Baker, you probably don’t think about condominiums or apartment buildings, but changes in legislation could allow them to be built anywhere, on any lot. Remember that in 2019, considerable change was made to Seattle’s residential zoning, which now allows the construction of “accessory dwelling unit” (ADU) and “detached accessory dwelling units” (DADU) on all Seattle residential lots.

In cities such as Minneapolis, they’ve decided to do away with all residential zoning. It’s a sleeper issue that very likely will be decided by the next term of leaders. Here in Seattle, some of the ground is already being laid by changes to nomenclature. This year, Councilmembers Teresa Mosqueda and Dan Strauss proposed renaming “single-family residential” zoning to “neighborhood residential,” a step which has long been advocated by urbanist activists.

Advocates for eliminating all single-family zoning argue that as the city grows it desperately needs more housing options, and eliminating the restrictions is key to increasing density and making housing more affordable. They consider single family zoning exclusionary in nature, a structural way that the city reinforces historic class and racial divides, and argue all neighborhoods should have a full range of density supply to allow all possible options. Generally, real estate developers also strongly favor this idea as it opens up an entirely new set of expansion opportunities, and stands to reward them handsomely.

Those opposed to making these zoning changes cite several concerns. First, they see Seattle’s single family neighborhoods as a key foundation of the city’s quality of life, places that build and support families. Many also worry about rapidly rising property taxes on all residents due to soaring valuations of what the same land might merit with a new multi-household/higher-density structure. They fear such taxes would quickly go far beyond what single families can afford, forcing more sales and up-zoning. They often cite that neighborhoods will all look the same, cutting down more trees and trading grass for pavement, while increasing traffic, overwhelming parking, adding noise and other nuisances. They also worry that the home next door could soon be turned into the next multistory apartment building, bringing more cranes and jackhammers, and removing trees and green space.

Here are the complete, unedited responses of all who responded to the above question on zoning:

“I am watching with interest the national conversation on eliminating single-family zoning laws as a means to achieve housing affordability/accessibility and as a means to promote environmental sustainability. I look forward to leading this discussion with housing advocates and neighborhood communities. During my mayoral term, the immediate answer to our housing affordability crisis will be to rapidly build quality, mixed-use housing and aggressively serve low-income residents and working families. We will protect those at risk of losing their homes, and advance equity and diversity in our neighborhoods.

We should start this urgent work where we already have the zoning and capacity to build and are currently underserving our city, and by lowering costs of construction which will in turn lower prices for the consumer. For example, townhome production has gone down 70% since the City’s upfront Mandatory Housing Affordability Fees were imposed. We currently have hundreds of thousands of units capacity to use under our current zoning scheme and as we amend our zoning laws to reflec t progressive housing policy, we must unite our city around a plan to do it.

Wholesale changes to zoning must include community engagement and we must continue to analyze how a total elimination affects access to transit; preservation of tree canopy; preservation of open space and public safety considerations. As Mayor, I will build housing in the areas where we’ve already upzoned and convene a community and stakeholder-led process to determine the future of zoning in our city.”

“Our goal as a city should be to enact zoning and land use policies that align with short and long term affordable housing needs. This means we engage in thoughtful zoning changes that not only improve equity and access to housing, but protect and expand opportunities for home ownership and intergenerational wealth, especially for communities historically marginalized in our city. Improving density and expanding housing to meet needs is not the same as eliminating all zoning rules; in fact, to truly build the Seattle we all deserve, it will take thoughtful, community-driven land use policies, not a one size fits all change.”

“No. Zoning is a functional protection of the livability of our City. These important restrictions best serve the community by protecting the physical function of transportation, sewers, power grids, unique neighborhood characteristics, viewpoints, and our City’s critical green canopy.Residents living in adjacent higher density zoned housing on arterials benefit from the single-family zones by having the green space within walking distance of their homes. The zoned single family neighborhood benefits from retail and transportation on the arterials. In combination, the zoning enhances livability for all.”

“Seattle needs to end exclusionary zoning patterns that prevent us from addressing the housing affordability crisis. The density needed to address both the housing crisis and the climate catastrophe must be shared equally throughout the City. The transition from single-family zoning to neighborhood residential is an important first step. This, however, should not be applied to our industrial lands as these are important areas for place-based industries and much of the industrial land in Seattle is not appropriate for housing.”

“My short answer is no. We’ve got a housing affordability crisis on our hands as well as rising rates of displacement so we need to encourage the construction of new housing across our city as well as a greater diversity of more affordable options within single family zones. I support adding flexibility to what’s allowed in single family zones, not getting rid of restrictions altogether by allowing multi-unit apartment buildings to be built on any lot, for example.

Seattle took a step toward ending single-family zoning when it legalized two ADUs per lot in 2019 so the lowest zoning in Seattle is essentially three units per lot. Hundreds of new ADUs are now going in and that’s a positive outcome for people who want to “age in place” and earn an income off their property which also combats displacement.

The next step is to follow Portand’s Residential Infill Project which allows four per lot rather than three. Portland’s program also has a provision that stretches the limit to six if two of them are subsidized, below-market rate units. We should consider doing the same thing on large lots (5,000+ sf and larger) in Seattle because Portland’s analysis shows a reduction in displacement and a significant increase in new housing. I also support expanding “missing middle” housing options by allowing flexibility for duplexes, triplexes, and quads on corner lots.

I’ve heard from housing activists in the Central District, that eliminating all residential building restrictions would encourage more of the predatory development practices occurring now. Ruby Hollard of the Keep Your Habitat Anti-Displacement Project told me that developers are aggressively approaching homeowners in the CD and making offers that are too good for people struggling to hang onto their properties because of the pandemic to pass up. We need to help people stay in their homes through foreclosure prevention grants and making it easier to monetize the only asset many people in economically distressed neighborhoods have which is their home.”

Which Candidate Aligns With You?

In the next installment, we’ll take a look at Question 2, regarding the approach we as a City should take to those accused of misdemeanor offenses.