Late last week, a few of us started discussing ways we could help out local restaurants that are devastated by the COVID crisis. My friend Michelle came up with the brilliant idea to raise money to buy gratitude meals for first responders, to help express just some of our thanks for the work they’re doing and will do.

I think a lot of people want to help in various ways, and have lots of different constraints (financial, time, movement, etc.) I thought it’d be helpful to have a place where people who do have a desire to reach out have a good place to share ideas and be inspired. We’re calling the all-volunteer organization #bigthanks. It’s about putting gratitude into action. It’s available at bigthanks.org.

Today we feed another 50+ in the El Centro de la Raza community on Beacon Hill.

Through the generous support of a handful of donors, we’ve raised over $4,000 so far to help support a second-generation downtown restaurant, their kitchen staff and other food service workers in town: some much needed revenue.

#bigthanks is a hashtag that’s about turning our gratitude into productive action. We’d love to hear your ideas.

Please join us at bigthanks.org.

Steve’s an entrepreneur and software leader. Most recently, he founded HipHip.app, the easiest way to create celebration videos. Steve’s worked on consumer apps, online travel, games, relational databases, management consulting and telecom. He launched Alignvote in 2019, which helped Seattle voters find their best-match political candidates. Steve founded BigOven, the first recipe app for iPhone, now with more than 15 million downloads, which was purchased in 2018. Steve served as Chairman of Escapia Inc., the leading SaaS solution for the US vacation rental industry, sold to Homeaway, now part of Expedia. In 1997, Steve was cofounder, President, CEO and Chairman of VacationSpot, a pioneer in the online reservation of vacation rentals, bought by Expedia in January 2000. At Expedia, Steve was Vice President of Vacation Packages, leading the vacation package and destination services teams, helping to create two patents on the first-ever dynamic vacation packaging system on the Internet, which now represents billions in annual transactions for Expedia. 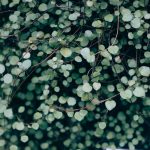 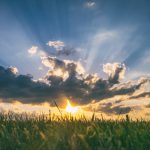 A Turn Toward Optimism

Internet Consensus Is Not Truth