Why are west coast cities suffering through a seemingly intractable growth in homelessness? What can we learn from the relative successes of Amsterdam, Lisbon, Miami and even New York City? 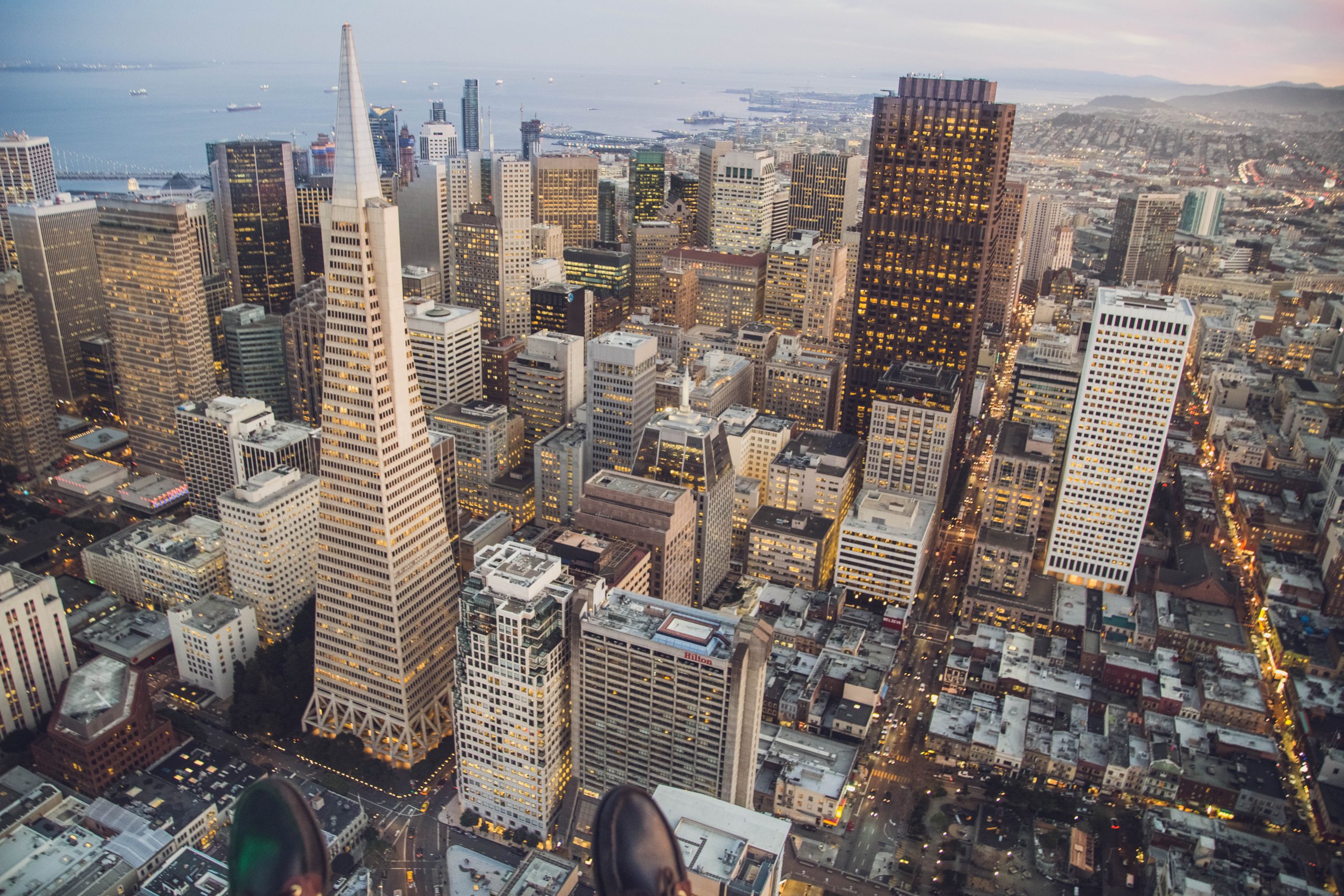 This first appeared in Post Alley on November 22nd, 2021.

By the time you read the subtitle, “Why Progressives Ruin Cities,” you know that author Michael Shellenberger pulls no punches. He explores a vexing, urgent question: Why have San Francisco, Seattle, Los Angeles, Portland — wealthy, progressive cities each — experienced such intractable and rapidly-growing homelessness crises in the past decade? Why have each of these politically liberal, environmentally-conscious cities with enormous financial resources suffered worsening and intertwined crises of addiction, public encampment, needles and deteriorating public safety, and political gridlock — despite spending ever more?

It’s been more than six years since Seattle Mayor Ed Murray declared a state of emergency on homelessness. That year, the King County One Night Count found 3,772 individuals living outside and unsheltered. In 2020, it had risen to 11,751 people experiencing homelessness, with 47% of those unsheltered. And, despite more than $1 billion spent on homelessness every year regionally according to the Puget Sound Business Journal and even more donated in affordable housing pledges by Jeff Bezos, Microsoft, and others, we still don’t feel much closer toward a model which works.

Released in October, San Fransicko has broken into the top three reads on Amazon in the Civics & Citizenship category. Though it focuses on the Bay Area, policies in Seattle are similar. Shellenberger indirectly asks the Seattle reader to consider whether the progressive policy approach — harm reduction, housing first, affordable housing, and a victim-centric lexicon — leads toward measurable progress? If not, will it ever?

Two decades ago, the author was a conventional progressive on these topics. Today, Shellenberger is criticizing progressive orthodoxy in the environment and homelessness. His 2020 treatise, Apocalypse Never, is a broadside against what he considers “climate alarmism.” In that book, Shellenberger advocates for more nuclear power and more technological and pragmatic approaches to environmental challenges, bringing data to the argument about which forms of energy can most efficiently reduce CO2 emissions.

In San Fransicko Shellenberger takes on three of the most heavily-defended tenets of the west-coast approach toward homelessness.

First, he argues that homelessness is principally an addiction and mental health crisis masquerading as an affordability crisis. Put another way, and this is central to his thesis — it’s not primarily about affordability. To this assertion, he brings considerable data, showing how pure housing-only programs fail to reduce homelessness. He explains how public housing advocates have largely shut down much-needed investment in shelter.

He asks the reader to ponder whether growth in tents is at least in part because they’re the least-costly way to live with no rules, in proximity to drug markets and a community of users. And he names the ever-more addictive drugs doing increasing damage: first opioids, then heroin, fentanyl, and now a new and extremely addictive form of methamphetamine which brings with it much more frequent and lasting mental crises. Drug overdose deaths have hit a record high in the United States, with more than 100,000 dying in the past 12 months. Sam Quinones’ excellent piece in The Atlantic about this new methamphetamine echoes Shellenberger’s central thrust here.

Second, Shellenberger takes on “housing first,” the highly popular intervention policy in west coast cities which prioritizes secure housing and “barrier-free” (i.e., requirement-free) living. Once a fierce advocate for housing-first policies, the author is now convinced the policy momentum itself has overshadowed the ultimate goal. He walks the reader through Amsterdam’s history in policymaking, which once had similar barrier-free models, but has in the past decade adopted a much more empirically successful approach. The “Amsterdam Way” emphasizes earned housing and compassionate enforcement over the “housing first” model. Shellenberger dives in to study methodology to question several of the academic efforts which have claimed efficacy of housing-first.

In interviews subsequent to the book, he’s posed the thought exercise: “If someone who is addicted to methamphetamine is given $200, are they likely to voluntarily spend it on their own treatment, or more drugs?” Shellenberger’s point: if we believe it’s the latter, we’re saying the housing-first — which too often is housing-only — model won’t work.

Third, Shellenberger argues against city-only programs. He notes that in a mobile and free society, no city-specific approach would work in the absence of a broader regional or statewide strategy. He advocates the establishment of a new statewide agency, “Cal Psych,” to handle a broad range of mental wellness services.

The book is at its best detailing the success stories of other cities. Shellenberger holds up Amsterdam, Lisbon, New York City, and Miami as cities to consider as much better models than the failed west-coast models. The chapter “Let’s Go Dutch” focuses on Amsterdam, a city not that much bigger than San Francisco (or Seattle, for that matter), and makes a very strong case for adopting their policy slate. This includes earned housing based on entering treatment programs if addicted, a crackdown on open-air drug dealing, an individualized and well-coordinated plan for every individual, and ample social services.

In the 1980s, Amsterdam had major problems with open-air drug-dealing and homelessness. Crucially, Shellenberger argues, Amsterdam’s courts, service providers, and families helped coordinate an individualized plan for everyone, and linked permanent housing benefits to milestones along the way. That is, rather than housing-first, those addicted first get less-desirable government shelter, but must earn permanent housing. They rely upon family support when available, enforced bans on public encampment, and ample counseling and psychiatric care services.

There are no signs yet that San Francisco will change course. In July, Mayor London Breed pledged $1 billion to house the homeless, after the city experienced a surprise windfall driven in part by federal stimulus spending. District Attorney Chesa Boudin has decriminalized many misdemeanors, and there’s a strong push to reduce police budgets.

Seattle features prominently in a chapter called “Legalize Crime.” Shellenberger recounts the Capitol Hill Autonomous Zone (CHAZ) in June of 2020 and the progressive wave of decriminalizing misdemeanor crimes. And he discusses the mismatch between progressive ideals and actual outcomes.

That people can and should be called upon to do more is central to Shellenberger’s thesis. A former progressive, Shellenberger describes a new, aggressively guarded belief system, which he calls “Victimology.” Such a doctrine plays a central role in discussion of the addiction and homelessness crises and the advancement and protection of failing dogmas. He argues that progressives have become far too invested in the idea that addicts are only victims with no obligation to a greater society, and that nothing can nor should be asked of any of them. In a related blog post, he explores this victimology through Moral Foundation Theory. Shellenberger argues that while espousing such a belief system may signal compassion, it rarely delivers it.

Does individual responsibility have a role in this urgent conversation? Do people experiencing homelessness and the larger community share mutual responsibilities? Shellenberger argues strongly: yes, they do.

The late neurologist, author and Holocaust survivor Dr. Viktor Frankl wrote compellingly about the need for responsibility to balance liberty in any functioning society. Before his death, Frankl called specifically for a “Statue of Responsibility” on the West Coast, to complement the Statue of Liberty on the East Coast. There’s even a campaign for it. After you read San Fransicko, you might be inclined to rethink our approach toward homeless policymaking.

Post-note: There’s a good discussion with the author here: