The Ballard Town Hall meeting on May 2nd 2018 may well be looked back upon as a sea-change moment for the city of Seattle. Many Seattleites like me have grown increasingly fed up with Seattle’s approach to homelessness, increasing taxation, lax law enforcement and general fiscal mismanagement at the City Council.

The Ballard Town Hall was well over an hour long. I’ve pulled twenty-some minutes that summarize the frustration and push-back. These people speak for many citizens:

Feel free to share or embed this video if anyone asks what some of us are so frustrated about.

@KOMO, I hope my excerpts are acceptable under Fair Use, but if not, please jot me a note on Twitter.

Also, readers — please be sure to view this excellent timeline from KIRO7 of the contentious Head Tax issue and the homeless crisis, and a recent story of how we got here.

Interested in seeing evidence-based solutions? Do you want to at least become more informed on the issues around accountable municipal government, even if you may disagree with individual positions taken? I strongly recommend you…

Join Speak Out Seattle! on Facebook
it’s free to join, free to leave

We need to organize a sensible new coalition of leaders to the City Council. More than just achieving the important Head Tax rollback, we need to start electing sensible, evidence-based moderates to the Seattle City Council who care about fiscal stewardship and evidence-based solutions.

This process begins with more citizens getting an information diet with the full picture, including a full understanding of problems inherent with our current strategy, past problems, and not just the same storyline we’ve heard from present leadership for the past several years about how we should approach municipal governance.

Speak Out Seattle! shares all kinds of information about city governance and gives you advance notice about opportunities to lend your voice.

From Speak Out Seattle’s “About Us”:

Speak Out Seattle! is a non-partisan grass roots coalition of individuals, business owners and neighborhood groups across the city dedicated to speaking out and advocating for effective, compassionate solutions to the challenges our city faces. We seek to make Seattle a better place for everyone. We give voice to those who feel their concerns are drowned out by paid advocates.

As with any group that I’m part of, I cannot endorse everything said or discussed, though I often strongly agree with the positions taken. I find it an informative group; in this age of social media, it’s vital to build an information diet from multiple perspectives. That’s why I also follow all Seattle City Council members on Twitter as well as several centrist, left-of-center and right-of-center news outlets. 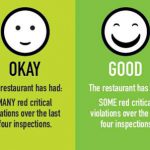 Which Seattle Restaurants Have Had the Most Closures Forced by Inspectors? 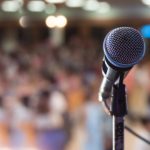