Being willing to update one’s prior assumptions in the face of new evidence is the essence of learning. If you haven’t changed your mind on something important in the past five years, check your filter bubble. 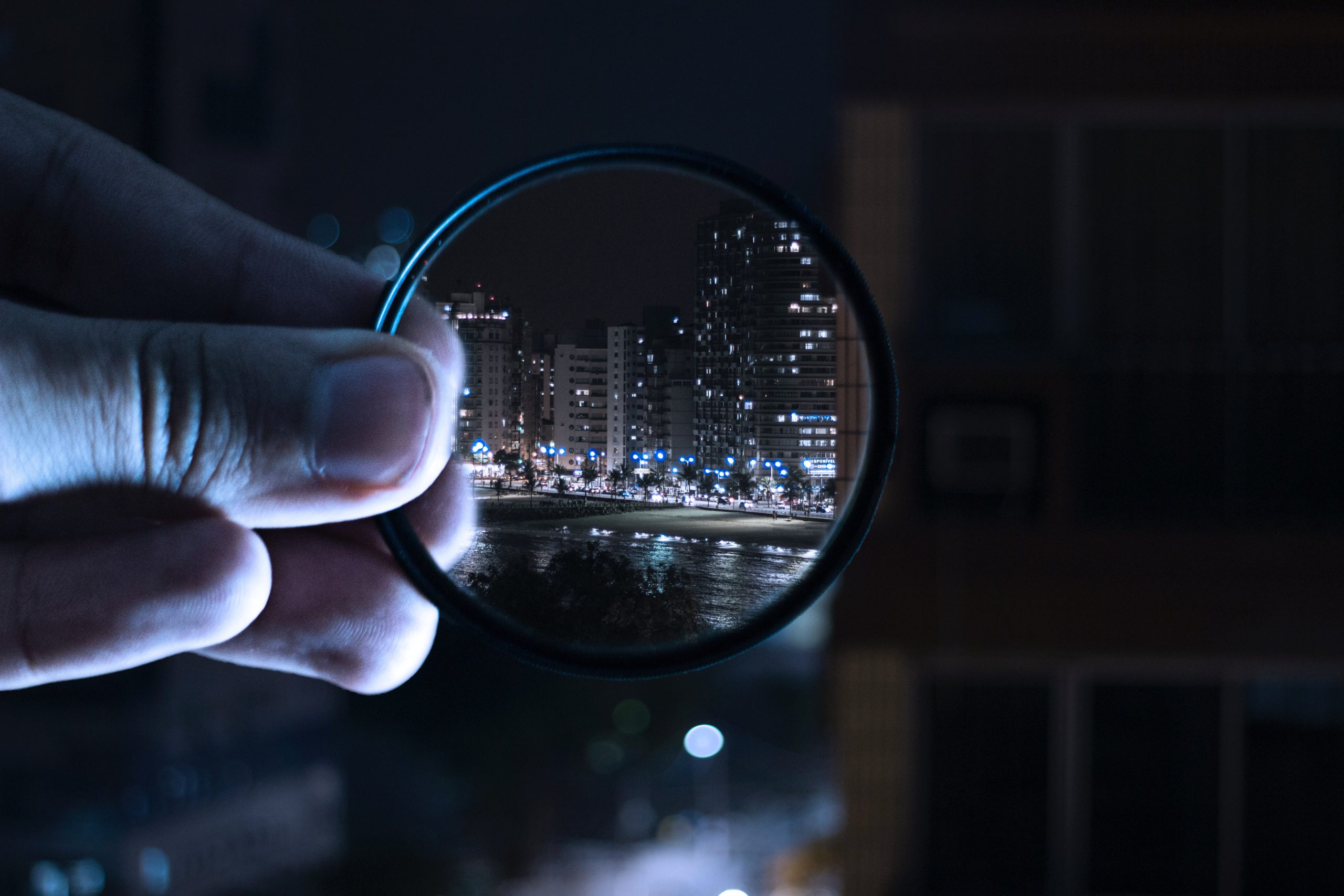 My friend and long-time Pacific Northwest journalist Joel Connelly penned a thought-provoking piece this morning, “Distress: I’m Watching Friends Fall for Inexplicable Conspiracy Theories.” In it, he reflects upon the regrettable turn that several of his friends have taken, embracing right-wing conspiracy theories. I agree with very much of his piece, but it gave me a moment to reflect upon Blue Shibboleths and Red Shibboleths, and offered some response in the comments. Those thoughts are expanded upon below.

With rare exception, members of Team Red don’t want to confront Red Shibboleths (stolen election, QAnon, anti-vaxxers, that January 6th was somehow benign, etc.) The excommunication costs are very high. Just witness Ted Cruz’s pathetic groveling on FOX a few nights ago. Or tune into Glenn Youngkin’s and Ron De Santis’ nuanced dance with Trump, doing everything to stay close to his base, but never directly calling him out on his many lies and bullying attempts.

So, mostly, we agree. But the beef I sometimes have with pieces like Joel’s are that members of Team Blue, long-ago convinced that They Are Science Itself, too often don’t even want to acknowledge that there are any Blue Shibboleths at all. Usually, the formula involves invoking “QAnon” to show their comparative adherence to the truth.

But eventually, the whiplash arrives. The camera zooms out. We get to see the unedited video, and we realize that the initial portrayals weren’t quite as we were told. Or in other contexts, thousands of natural experiments are run in the real world, and cloth masks, which for months we elevated into a tribal signifier of our very righteousness and compassion, don’t seem to stop or even slow the spread of an aerosol-borne virus. Or multiple large-scale studies (1, 2) start to trickle in which show that vaccination does not in fact durably reduce transmission, entirely undermining the ethical justification for vaccination mandates, vaccine passports and forced-masking of extremely low-risk young adults.

[N.B., I support vaccination, and am fully vaccinated and boosted myself, as is my family of five. It’s a step we can take that very clearly seems to lessen the risk of severe outcomes. But I do not support that they be mandated. I support informed choice.]

The question is, what do we do in the face of new evidence? Do we double-down and seek the comfort of our tribe, or are we willing to update our priors, and change our minds? And what is preventing us from this change-of-mind? It’s not solely mental inertia. It’s desire, too. Desire to belong, yes, but also avoidance of the pain which is sure to follow if someone dares to confront the momentum and belonging of one’s own tribe.

Belonging is an essential human need. That’s why solitary confinement is among the cruelest punishment.

We in America have destroyed many of the cultural institutions of belonging, from churches to scouting to national pride to even, at times, the family itself. Opportunities for belonging have changed. Today, the greatest sense of belonging comes from cultural affiliation and political tribes, which are increasingly one and the same. Virtue-signaling is a way to say “See, I’m one of you. I belong with you, and you belong with me.” But for far too many of these churches of belonging — you’ve got to buy into the whole enchilada or none at all. Technology has been all too happy to oblige. It’s never been easier or more effortless to wall oneself into an information silo, where no contravening fact may penetrate, and you’re engulfed by information affirming both your correctness and your righteousness.

So, I’m independent, and have been all my life. It’s lonely, but one great luxury of never donning the red or blue jersey in the first place is that we can look at the -evidence- for and against something, and update our priors based on new evidence. In fact, updating our prior assumptions in the face of new evidence is, I’d argue, the very essence of learning. We feel no compunction to buy into the entire panoply of ideas. It’s liberating. It allows me to support both responsible gun control legislation and more clearly assess actuarial risk to, say, K-12’s to advocate for paths of their least harm, even in a pandemic. It allows me to initially support masking and even remote schooling in March 2020, but then look at the data from areas which did not do these interventions along about June 2020, and admit that I was wrong, and come to the conclusion that this was not the path of least harm, and that we should update our approach.

Many popular Red Shibboleths and Blue Shibboleths really need to be put to the “does it stand up to the preponderance of the evidence?” test. For me, the evidence from November 3rd, 2020 onward pretty thoroughly confirms that Joe Biden is our duly elected 46th president:

Despite dozens of legal efforts, there’s still no credible evidence whatsoever that the election was “stolen” in any way. And evidence debunks essentially all the whacky, corny, absurd shibboleths at the heart of QAnon.

But facts are stubborn things, and they don’t favor team red or team blue.

The preponderance of the evidence suggests that the Steele “Dossier” was a political hit job, initially undertaken by a Republican Trump opponent but then expanded upon by the Clinton campaign. And then, somehow, this completely unsubstantiated document found its way into the highest levels of the FBI and consumed much of the blue press — and therefore us — for three full years, until Robert Mueller was finally able to say there was nothing really there, there. No collusion.

The preponderance of the evidence also strongly suggests that the greatest pandemic in our lifetime may very well NOT have sprung spontaneously from wildlife, but perhaps accidentally from a lab in Wuhan. Twenty-plus year NYT Science writer Don McNeil’s piece is well worth a read, if it’s escaped your own filter bubble: “How I Learned to Stop Worrying And Love the Lab-Leak Theory.” I don’t know how anyone can read that piece, or many others on this subject (or the book “Viral,” by Matt Ridley and Alina Chen), and not come to the conclusion about where the preponderance of the evidence. Proof beyond a reasonable doubt? No, not yet. Preponderance.

Accidents happen, even hugely consequential ones. Just as it was important to know precisely how Chernobyl happened, it is vital to know how the worst crisis in world health came to be. And in that process, we have to ask the questions that we still haven’t yet gotten good answers to, such as, how, precisely, did US gain of function research techniques from UNC and elsewhere find its way to Wuhan, despite an explicit moratorium against it? After following the evidence pretty closely, it’s not clear to me that Dr. Fauci deserves his fiercely-defended hagiographic status, because he’s been very unwilling to open the books on just how this happened. And he’s not been forthright about it in Congress.

There’s also very substantial evidence (also here and here) that Fauci worked with Collins at NIH to shut down reasonable scientific debate about a different mitigation strategy than the one he favored. Is that what a scientific researcher should do, or should he rather invite reasonable scientific debate in the open? In particular, if you think Fauci has been nothing but a saintly actor, read this piece from one of Fauci’s targets, Stanford MD/PhD Dr. Jay Bhattacharya, co-author of the Great Barrington Declaration.

I think the “focused protection” model Bhattacharya advocated shouldn’t have been tarred and shut down from public discourse. In fact, in hindsight, a pretty strong case can be mustered that it was, in fact, the path of least overall harm.

So no, I’m not sure those who criticize Fauci deserve to be tossed in with the crazies — that’s just not what the evidence currently suggests.