Raising the marginal rate on $10 million or more in income to 70% might optimistically help “pay for” a boost of about 1.6% to overall federal spending.

The Washington Post’s Jeff Stein estimates that raising the marginal tax rate to between 60 and 70 percent on incomes above $10 million might raise as much as $720 billion dollars over a decade, or $72 billion per year. There are some 16,000 households that meet that criteria — fewer than 0.05% of all US households. Collectively, their taxable income was about $405 billion in 2016, on which they paid $121 billion in taxes.

Stein adds, “The real number [of projected new revenue from such a marginal tax hike] is probably smaller than that, because wealthy Americans would probably find ways around paying this much-higher tax.”

One chart that should be of interest — inflation-adjusted per-capita federal spending. It looks like this: 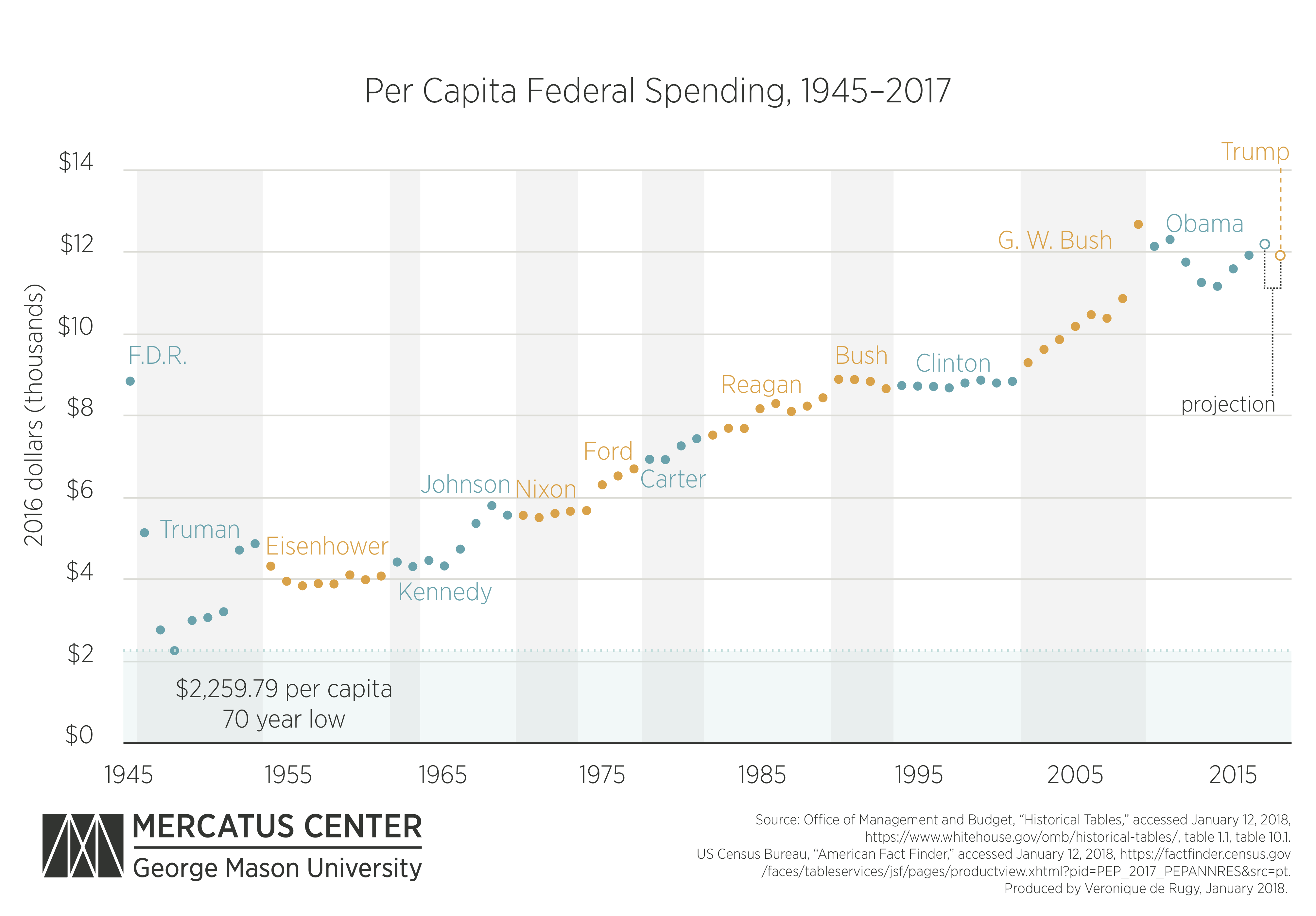 I’m all for discussing policy ideas and investments, but it’d be great to start with numbers that foot.

A migration from a 17% renewables economy to a 100% renewals economy, with Medicare for All and “free” education requires much higher taxes on all brackets. (One study by George Mason University has estimated the cost for Medicare for All to be at $32.6 trillion, about 452x the incremental revenue the marginal tax optimistically would raise.) And, for what it’s worth, science that at least for now, we don’t currently have.